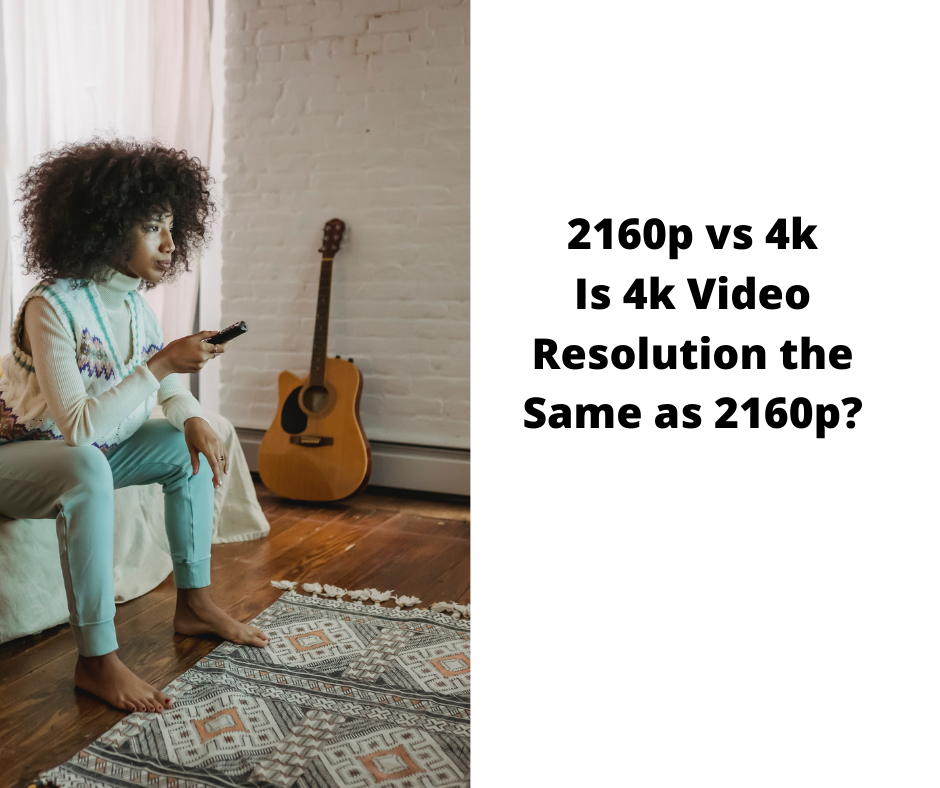 4k video resolution is becoming increasingly popular, but there is still some confusion. 2160p is the standard for 4k resolution, which means that 4k video has a total of 2160 horizontal lines.

This significantly increased from 1080p, which has only 1080 horizontal lines. The extra detail in 4k video makes it ideal for high-definition screens and is becoming more common in home movie theaters.

Regarding 4k resolution, there is a lot of confusion about what the term means. Is 4k the same as 2160p? The answer is yes! In the home theater industry, the standard resolution for 4k is 3840×2160. This also goes for the cinematic standard and digital television (DTV) standards. Although the resolutions may vary slightly, 4k refers to a horizontal resolution of about 4000 pixels.

If you’re interested in buying a 4K monitor, a 4K Laser TV, a 4K ultra-short-throw (UST) projector, or a 4k LCD TV, there are a few things you should know about the technology.

However, this resolution doesn’t strictly adhere to the definition of 4K since it only has 3,840 pixels of horizontal resolution. Nevertheless, it’s still considered 4K by most people. When shopping for a 4K monitor, pay attention to the resolution and make sure it meets your needs.

The term 4K originally referred to a digital cinema resolution, now called DCI 4K. This resolution is 4096 x 2160, but most consumer TVs and monitors are only 3840 x 2160. The difference might not seem like much, but it can make a big difference in picture quality. A 4096 x 2160 resolution will either stretch and distort the picture or require black boxes across the top and bottom – neither of which consumers are happy to see.

So, 4K almost always refers to the 3840 x 2160 display resolution to appease home consumers. This resolution is still considered to be „ultra HD“ and provides a significant upgrade over 1080p. It’s important to note that most content isn’t filmed in 4K, so you’re likely not getting the full benefit of your 4K TV or monitor.

However, many streaming services like Disney+, Amazon Prime, or Netflix now offer 4K content, and the picture quality is unbeatable. If you’re looking for the best possible picture quality, 4K is the way to go.

UHD, or ultra-high-definition, has become the new standard for resolution in recent years. Many Television manufacturers have begun to produce TVs with a UHD resolution slightly lower than 4K. However, the difference in resolution is not noticeable to the average person.

UHD TVs are becoming increasingly popular because they offer a better picture quality than HDTVs. In addition, UHD TVs are often cheaper than 4K TVs. As a result, UHD is quickly becoming the new standard for TV resolution.

Trying to keep up with all the latest advancements in television technology can be confusing. One minute you’re being told that HD is the best since sliced bread, and the next, you’re being bombarded with ads for 4K TVs. So what’s the difference between HD and 4K, and do you need to upgrade your television? Here’s a quick rundown of the basics.

HD, or High Definition, refers to a resolution of 1920×1080 pixels. That’s approximately two million pixels or two megapixels. 4K, however, has a resolution of 3840×2160 pixels. That works out to around eight megapixels or four times as many as HD. So yes, 4K is technically a higher resolution than HD, and it does offer some benefits in terms of picture quality.

However, it’s essential to remember that most people don’t have a 4K TV yet, so there’s not a lot of 4K content available. Unless you’re planning on buying a new TV anyway, you might want to wait a while before switching to 4K.

2160p is the term used to describe display resolutions where the vertical resolution is 2,160 pixels. The “p” stands for “progressive scan,” a format in which the lines of each frame of a moving image are drawn in sequence.

This is in contrast to interlaced video, where each frame’s odd and even lines are drawn alternatingly. Practically, all 2160p display resolutions are also 4K (by its loose definition). In other words, 2160p is vertical resolution, and 4K is horizontal resolution. Whether watching a movie or playing a video game, 2160p provides a stunning level of detail and clarity. So if you’re looking for the best viewing experience, choose a device with a 2160p display resolution.

Similarities and Differences of 4K and 2160p

There are a few significant similarities and differences between 4K and 2160p. Both can do High Dynamic Range (HDR) and Wide Color Gamut (WCG) display technology, resulting in sharper images and wider color variegation. However, the difference between the two isn’t just a matter of a few extra pixels width-wise.

4K was developed by the Digital Cinema Initiative and had an aspect ratio of 4096×2160, while 2160p falls just a little bit short with a 3840×2160 resolution. So if you’re looking for true Ultra HD, make sure your projector or HDTV claims to have a 4K display.

So, what does this mean for you? If you’re looking to get the best possible 4K experience, you should seek out cinemas using DCI 4K projectors. However, if you’re content with a 2160p UHD experience, you can save money by opting for a less expensive projector. Either way, 4K technology will enhance your viewing experience and take it to the next level.

Meanwhile, a resolution of 3840 x 2160 is technically called 4K UHD, UHDTV1, or just UHD. However, most people use the term „4K“ to refer to any resolution in the 4000 range, so in common usage, all of these terms are interchangeable.

Things will get even more confusing when 8K TVs start becoming popular. The term „UHD“ will no longer refer exclusively to displays with a 3840 x 2160. Instead, it will describe any display with a resolution of either 4096 x 2160 (true 4K) or 7680 x 4320 (8K). So when shopping for a new TV, pay attention to the actual resolution rather than the specific term used to describe it. That way, you can be sure you’re getting the exact display you want.

4K, or 2160p, is the latest display resolution to hit the market, causing quite a stir. Its main competitors are 1080p, also known as Full HD, and 720p, known as HD. Many consumers are confused about which resolution and retailers aren’t helping by short-handing 4K as just „4K.“ 4K is 3840 × 2160, so it’s not technically accurate.

However, its popularity might have something to do with the fact that „2160p“ doesn’t roll off the tongue as quickly as „4K.“ Whatever the reason for its popularity, 4K is here to stay, so we might as well learn to love it.

Many retailers are eager to label everything as 4K to make their products sound more feature-rich. However, it is essential to note that not all 4K displays are created equal. Some 4K displays may have a lower refresh rate or use lower-quality panels, which can result in inferior image quality. When shopping for a 4K television, carefully read the specifications to ensure that you are getting a high-quality product.

Carl is the author of 1home Theatre Projector. When he’s not busy writing about all things projector-related, you can find him playing basketball or watching a good movie. He knows that jumping to a projector-based home cinema can be daunting, but he’s here to help make it as easy as possible. With his comprehensive guides and product reviews, you’ll be able to find the right projector for your needs and set it up in no time. Plus, he’s always on top of the latest news and information on upcoming releases, so you’ll always be ahead of the curve. 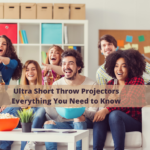 Ultra Short Throw Projectors: Everything You Need to Know

What Is a Optical Cable? 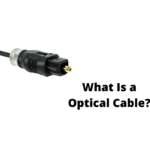